The Martha T. Simmons Food Pantry began about 40 years ago through the efforts of a parishioner named Martha Simmons.  She was aware of food insecurity in the Marion community so she brought nonperishable items to the Parish House and stored them in a closet.   For thirty years the food was donated by church members, and the Rector accessed items from the closet when people requested assistance.  As time passed, more people became aware of this resource and the demand began to erode the productivity of the Rector as the frequent visits were occurring throughout the day.

In 2007 a committee developed a plan utilizing a space on the lower level of the Parish House.  A distribution system was established with computer registration of the clients, an established day of the week and set hours for access.  In 2014 Wal-Mart began to donate regularly to the food pantry.  In addition to staples, Wal-Mart provides meats, dairy, bakery, frozen food, deli items, fresh vegetables and fruits.  St. John’s receives free items and makes additional purchases at discount rates from Manna Food Bank. 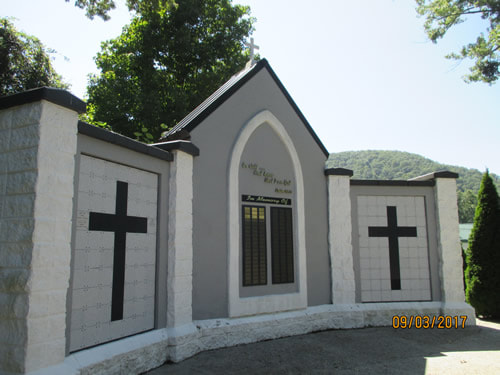 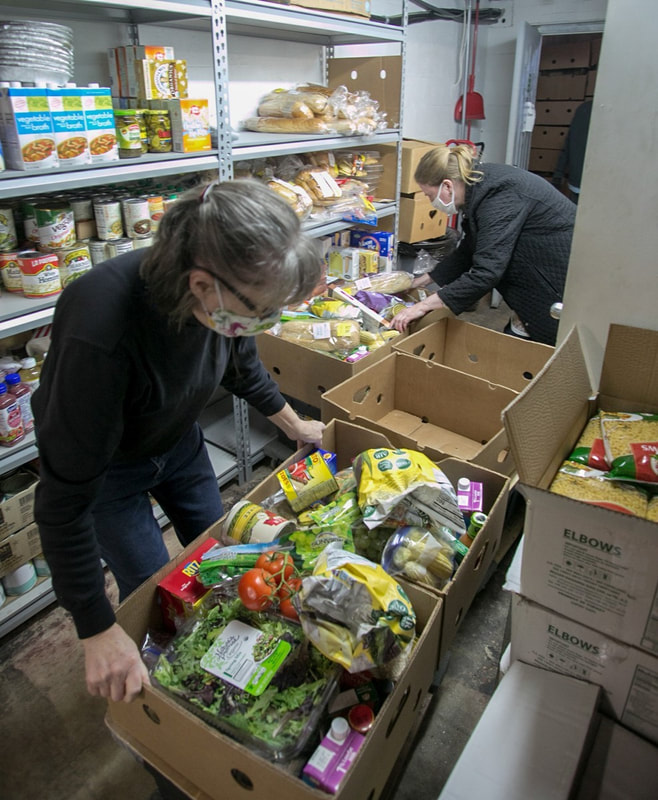 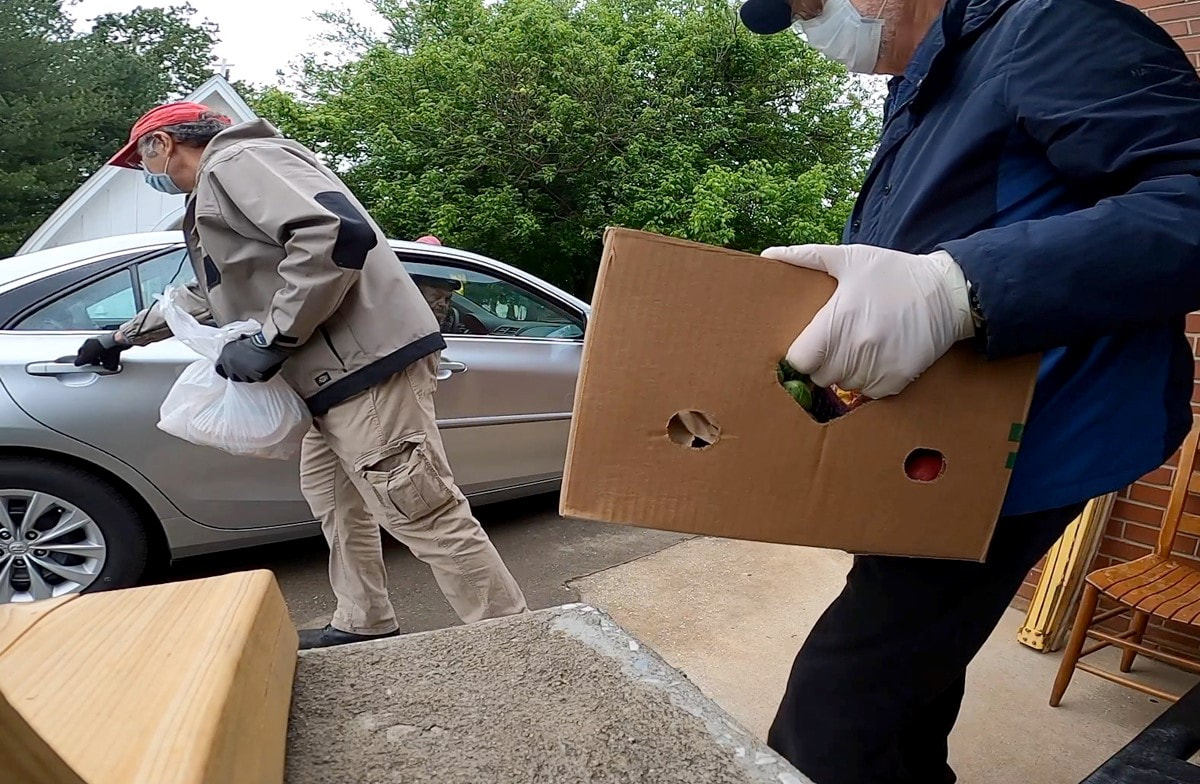 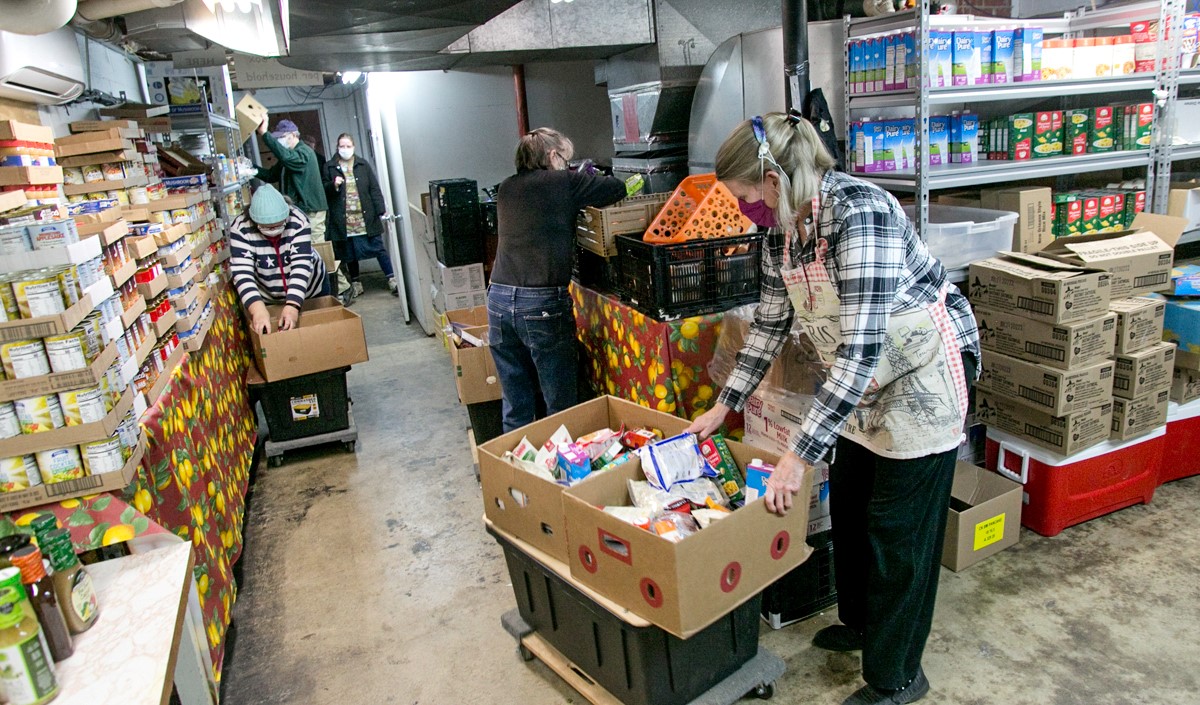 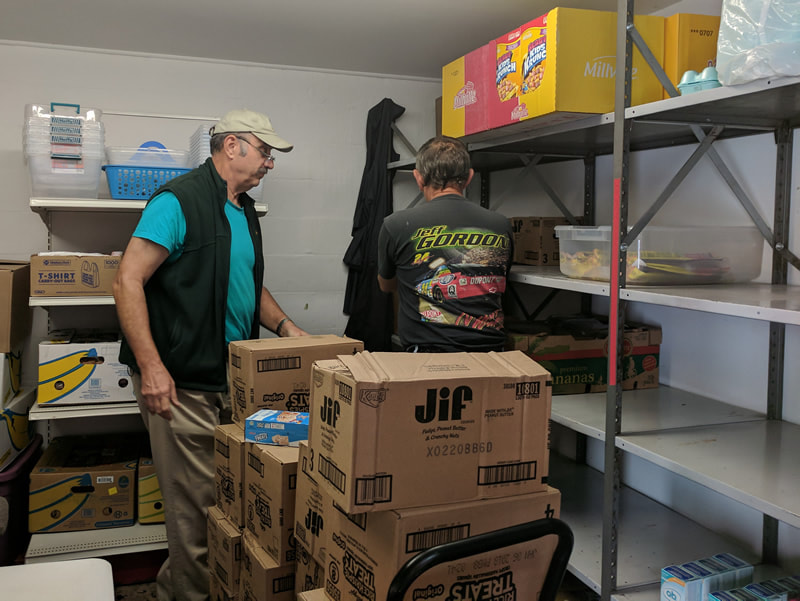 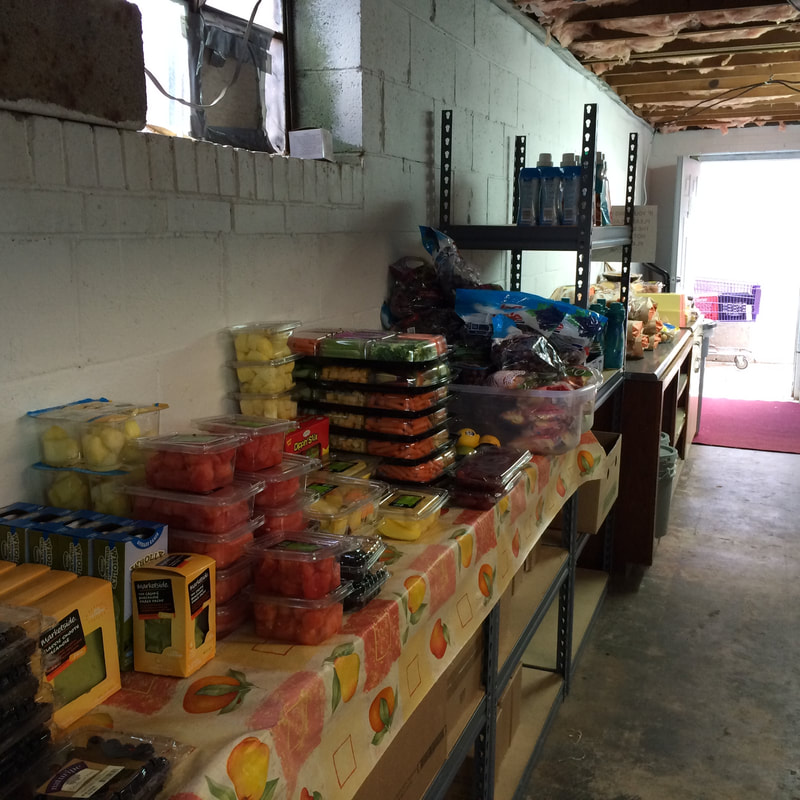 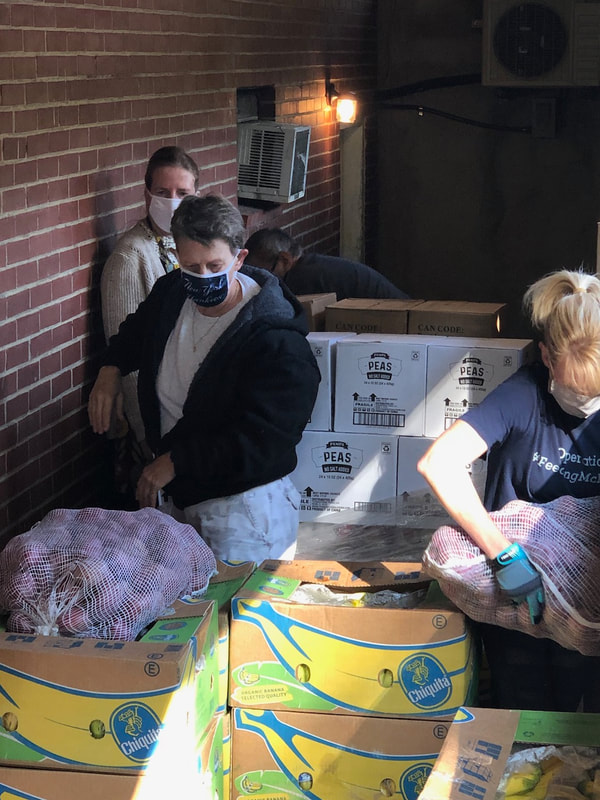 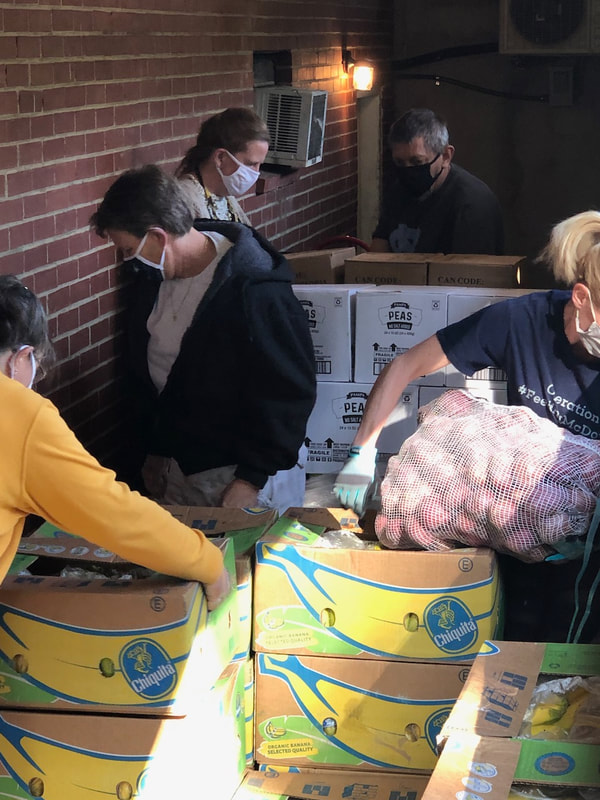 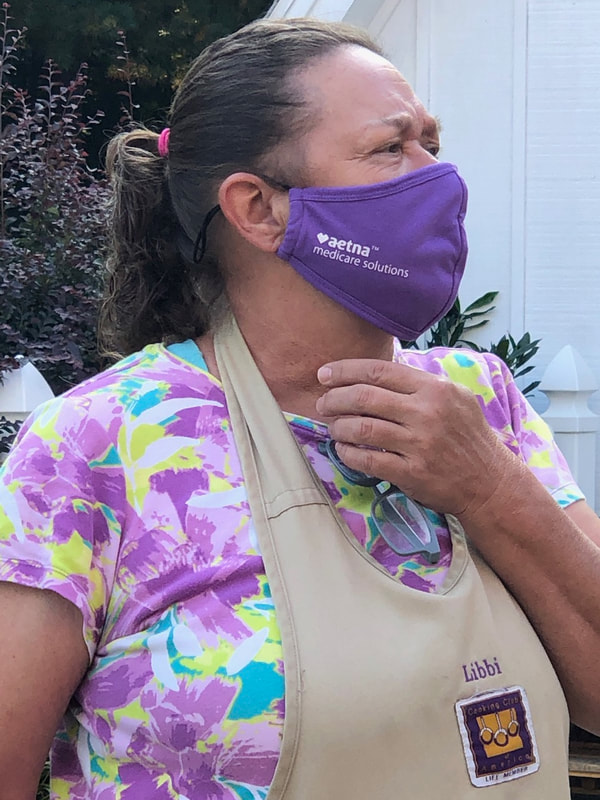 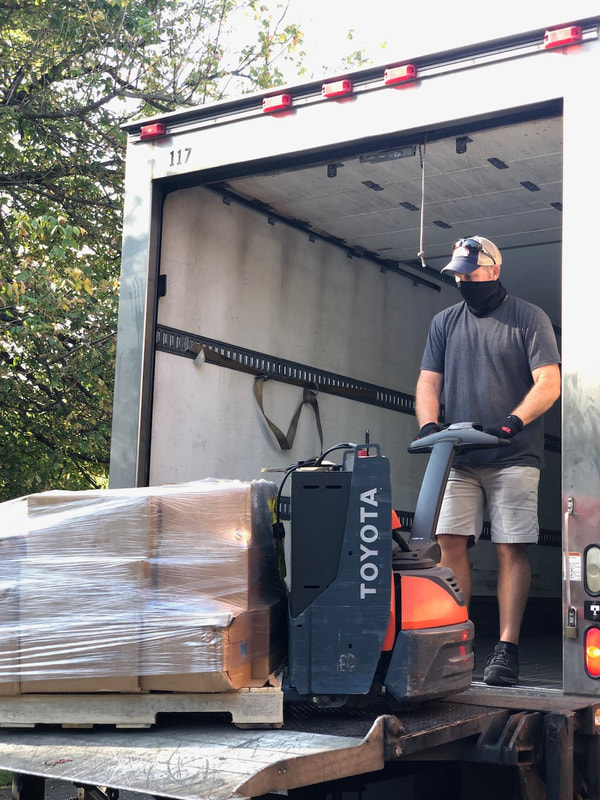 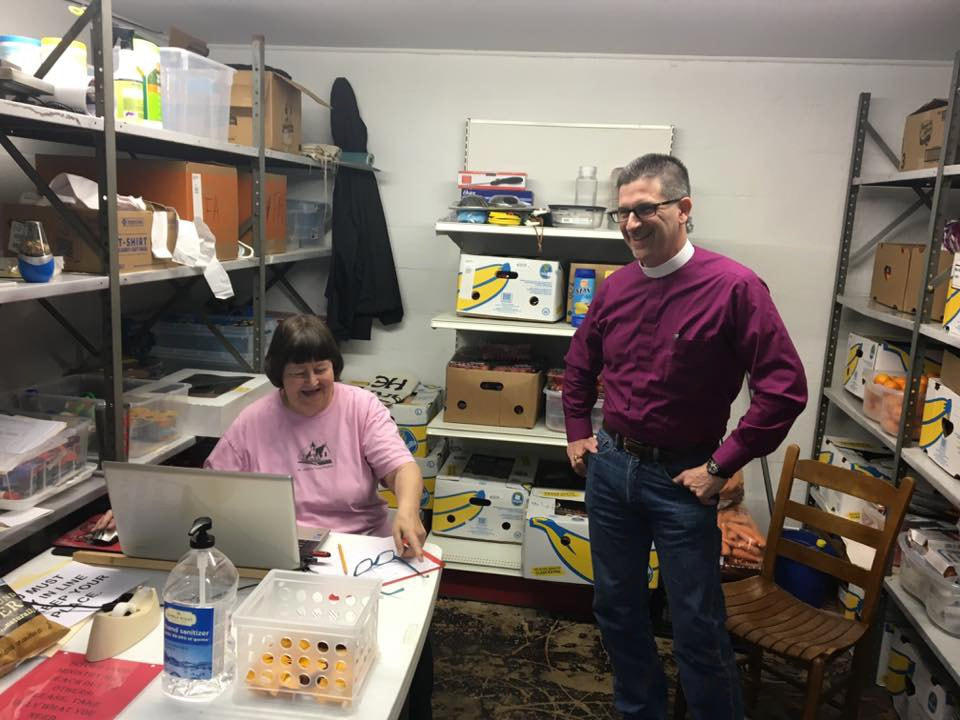 The annual United States Postal Service food drive supplied 2,500 pounds of non-perishables in 2017.  Parishioners continue to donate food items or give monetary gifts as well.  St.  John’s also has a large community garden behind the Parish House which supplied over 1000 pounds of produce last year.  The total food given out in the pantry in 2017 was 120,000 pounds.

During non-COVID times, our clients use a cardboard box and they can then ‘shop’ for the items they seek, rather than being given a pre-filled bag.  The volunteers overseeing the weekly distribution gently encourage the clients to take advantage of the fruits and vegetables which, for many, have been beyond their reach.  On average, the Food Pantry serves 200-250 families each month. During the 2020 year we have been serving 100-150 families a week.  Volunteers include church members, food pantry clients, MTC Early College students, and members of a local Baptist Church.
​